There is no doubt that autonomous cars are gaining popularity by the day. And are becoming a hot topic as time goes. There are so many concerns surrounding this new era of advanced driving. But it is not a doubt that it is making life easier and comes with impressive benefits.

In this post, we discuss some of the benefits of autonomous cars. And how they will improve your life.

Careless driving is one of the leading causes of accidents today. With so many people abusing drugs, alcohol, overspeeding, inattentiveness while driving, and ignoring road signs, accidents keep increasing by the day. And this is becoming disastrous.

Given that many accidents are almost out of ignorance, self-driving cars would help significantly reduce this. Lives would get preserved, and so much time and money would get saved in the process.

Multitasking will be made possible by autonomous driving. The driver has to monitor the car to make sure it moves smoothly. That means that drivers do not have to give their full attention to driving the vehicle but can also shift their attention to other fleet-related tasks such as paperwork.

Your fleet gets to accomplish more in a short time.

Also, your fleet vehicle may be able to go for longer periods since the driver is no longer fully controlling the vehicle.

Autonomous cars are system enabled, meaning that cars know those in front of them and what they’ll do before they do it. If it needs to brake, all the following ones will do the same and, in the process, ease the ripple effect traveling through a line of cars.

When the situation gets cleared, all the cars will then accelerate smoothly and back up to speed. And cars will not brake hence waste fuel. Self-driving cars are programmed to avoid this style of driving. With all the cars linked together and traveling at similar speeds, speeding up would get significantly reduced. And slowing would take place to accommodate drivers with their varying driving skills-levels and attention spans.

The more your autonomous care operates at regular engine speeds, the less the fuel consumption. Also, when cars travel at the same speeds, aerodynamics would significantly improve. That would reduce the fuel amount needed and eliminate traffic congestion at the same time.

There’s a considerable population of people on this planet who cannot drive. And autonomous cars would be their game-changer. A capable self-driving car will take you from point A to point B without any issues whatsoever, and this will help those who do not know how to drive.

If you have to travel far, you’d need someone to drive you there, but an autonomous car will make all the difference. They save everyone’s time and money.

In the world of constant development and technological advancements, autonomous cars are upgrades you don’t want to ignore. Like any new development, people may find it hard to adopt. The truth is, autonomous driving will improve our lives for the better. 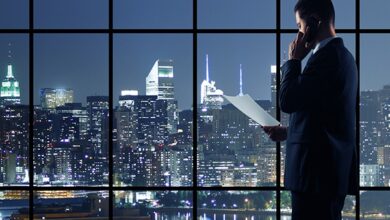 Some Of The Different Industries Marketing Agencies Specialise In